This journal is semi-friends only. That means some posts are public, but most of them are friends-locked. The locked entries are more personal than the ones I leave unlocked.

If you'd like to friend me, go ahead. However, if you would like to read my private entries, I'll need to friend you back. Drop a comment and ask. I will only friend you back if we know each other from somewhere else either in an LJ community or another forum, so let me know how we know each other. Check my interests before you ask too. It's better if we can comment on more than just one or two entries a year.

If you're looking for my graphics, you'll find them at

chaoticxmuse. Please do not friend my personal journal if you are only interested in icons. Join/follow my graphics journal instead. 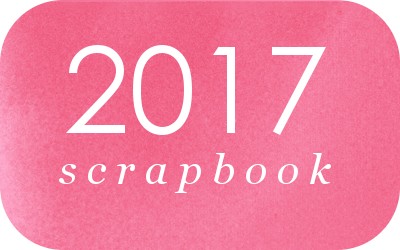 I’m done trying to fit in / And be half forgiven / For things that I never did / We’re more than what scares us / We’re final and fearless / We’ll dance where the ice gets thin – Matt Nathanson, "Giants"

I’ve been thinking lately about the first presidential election where I was able to vote. I remember being a little disappointed in 2004 that I couldn’t participate since my 18th birthday was still two months away. I don’t know how I would have voted that year, though. I don’t know if it was because I was still young or just my own feelings on the candidates, but I didn’t have a horse in that race. I’m glad to know that my first vote for president in 2008 was cast with confidence.

I had to vote by absentee ballot since I was in my fourth year of college and living in an apartment on campus, but as I filled in my ballot, I still felt a sense that I was doing something important. While it’s true that Barack Obama was our first African American president, I believed in him as a candidate and as a president. I may not have agreed with every move, but I could see this was a man who cared about the citizens of America.

It’s been difficult to find a job in my area. While I’ve been searching and taking on entry level type jobs, though, the Affordable Care Act was passed, and I was able to see a doctor and get medication to curb my anxiety and make my day to day life less stressful. In beginning to take control of my mental health, I feel empowered, and I feel like I have President Obama to thank for that.

I don’t know what the next four years will bring. I fear losing my health insurance. I worry about the kids I work with every day. What are they thinking? How are they feeling? I wish we could all be a little kinder to each other and listen to each other. I’m not talking both sides; I’m talking all sides. We are more than just Democrats and Republicans. I hope that in the coming days, weeks, months, we remember that. Because every citizen matters, and we must take that to heart.

To start 2017, I’ve come across a few problems of my own, including bronchitis. OK, that technically started with the allergy problem a day or two after Christmas, so maybe we can blame that one on 2016 too.

I’m not a huge fan of the narrative that 2016 was the problem. In the grand scheme of things, it’s an assortment of upsetting events that just happen to fall in the same year that was the problem. Still, even by the end of it, my first thought on New Year’s Eve when the Mariah Carey debacle took place was “That’s a fitting end to 2016.” I think most people do realize 2016 was actually just another year. It’s just that we’ve been hit with a barrage of things since the beginning of last year. Many of the celebrities who passed away were ones who pushed boundaries and effectively made things a little better, even if it just made the world aware of their existence, for people who are different. For countries like the United States and Britain, politically, events have left many nervous. Don’t forget the numbers of terrorist attacks and wars going on in the rest of the world.

The truth is bad things happen every year. Maybe we’re just more aware of it now with the internet and social media being such a significant part of our lives. I’ve read accounts of my friends on social media who have already had a worse 2017 for one reason or another.

2017 will see some of the consequences of 2016, and it’s going to bring about its own set of problems. Ultimately, it will be how we respond to those problems that makes it.

I follow Matt Nathanson on Twitter, and he posted this little read from Brian Eno’s Facebook that he happens to agree with. I liked it too. It presents a truthful yet optimistic look at what should happen next.

Anyway. Onto something a little more fun…

I’m doing the usual: working on my new scrapbook, putting other things together. I admit I basically took my 2016 scrapbook and posted it for 2017. Partly because I screwed up and got nothing done in 2016, partly because I felt that it was still a fitting thing to use. I liked the lyric I picked last year, and I felt it worked this year.

Many of my resolutions are similar too. I did add to become more aware and to take better care of my physical and mental health. I took great strides toward this in the last year. This year will be about using the tools I gained in 2016 to continue to take better care of myself. I want to help others, but taking care of me in order to get there will help. Also, by treating my anxiety instead of running from it, I feel like that has to help something. I was talking to my mom today about how when I was a kid, anxiety wouldn’t have been a thing someone thought of for me. Being more aware is obviously the first step in helping anything, so that’s a resolution I have too. I added the usual resolutions about exercise and eating, with the goal to try and lose 10 pounds this year. I don’t know if that will actually help, but we’ll see how it goes. 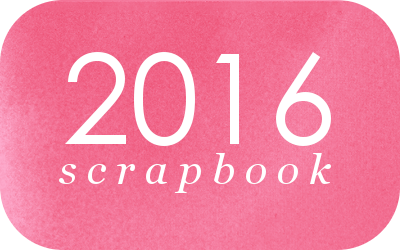 I’m done trying to fit in / And be half forgiven / For things that I never did / We’re more than what scares us / We’re final and fearless / We’ll dance where the ice gets thin – Matt Nathanson, "Giants"

If the producers' intention this year was to make me miss David Cook—mission accomplished.

My mom was playing David Bowie and Freddie Mercury's isolated vocals from "Under Pressure" earlier today. I commented that male singers today don't sing like that. They sang something the way they did because they could. I don't mean to say male vocalists today aren't good singers, but Bowie and Mercury? Come on. They had something so incredibly rare that we won't find others like them. Imitation is clearly imitation.

Which is why today is so sad. Bowie was at least able to see his final work through to the end, and I hope that gave him some peace. His was a mind unlike any other, and his mark on music and pop culture will remain. He was an extraordinarily talented individual, and he's one of those people for whom even these words will never be enough. In fact, I wanted to write a lot more and say what people are probably feeling, but sometimes I don't have the words.

I don't often feel this down about a musician's or actor's passing, but this one is hitting a little closer to home. Perhaps it's his influence on music. Perhaps it was that he taught us it's OK to be who we are, and that is reason enough to celebrate his life.

So rest in peace, our goblin king. I hope you're up there with the other legends we've lost, making beautiful music.

Some legends are told / Some turn to dust or to gold / But you will remember me / Remember me for centuries – Fall Out Boy, “Centuries”

As per usual, this is not meant to please everyone. Listen or not. Enjoy.
Collapse